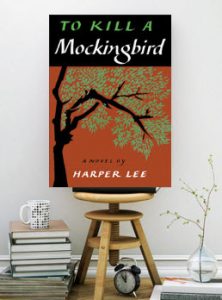 Vintage book covers and illustrations on posters and canvas prints are designed to be both eye-catching and convey information, so give your home a facelift and let your walls speak up.

As seen in the Barnes & Noble bookstores, these gorgeous book jacket canvases are ideal gifts for book lovers and book collectors. Surprise them today!

ABOUT  TO KILL A MOCKINGBIRD

A novel by Harper Lee published in 1960. It was immediately successful, winning the Pulitzer Prize, and has become a classic of modern American literature.

The author’s observations of her family, friends, and neighbours, as well as an incident that happened in 1936, when she was 10 years old, close to her hometown, served as the basis for the plot and characters. 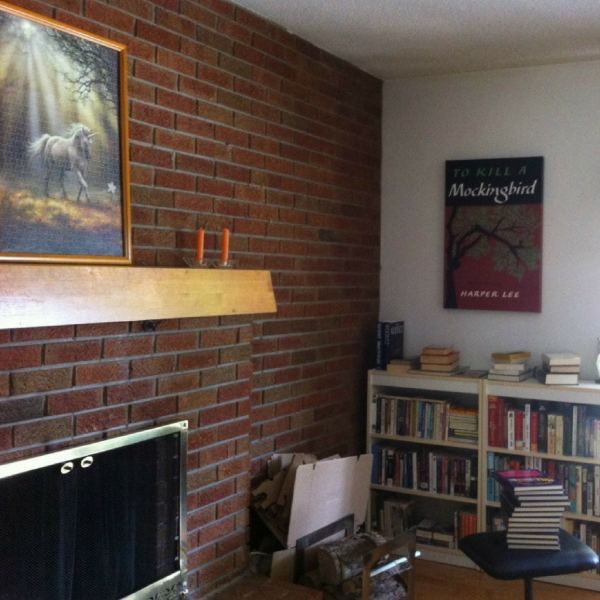 Despite addressing the severe problems of rape and racial inequity, the book is recognised for its warmth and comedy.

Many readers have looked forward to the narrator’s father, Atticus Finch, as a moral hero and a model of honesty.

To Kill a Mockingbird is perhaps the most widely read book dealing with race in America in the 20th century, and its protagonist, Atticus Finch, is the most enduring literary picture of racial heroism, according to one reviewer who explains the novel’s significance. 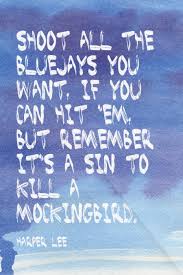 The main themes of To Kill a Mockingbird, a Southern Gothic novel and Bildungsroman, are racial injustice and the loss of innocence.

Scholars have remarked that in the American Deep South, Lee also confronts questions of class, bravery, compassion, and gender norms.

Despite its themes, To Kill a Mockingbird has been criticised for using racist slurs and has faced campaigns to be removed from public schools.

Upon release, the work received a wide range of responses. Given the volume of copies sold and the broad adoption of it in education, there is a dearth of literary analysis of it. To Kill a Mockingbird is “an astounding phenomenon,” according to author Mary McDonough Murphy, who compiled personal reactions to the novel from various authors and celebrities.

The book was ranked by British librarians as one that “every adult should read before they die” in 2006, surpassing the Bible.

With a script by Horton Foote, it was transformed by director Robert Mulligan into an Oscar-winning movie in 1962. In Monroeville, Alabama, the hometown of Harper Lee, a play based on the book has been presented every year since 1990.

Before Go Set a Watchman, an early version of To Kill a Mockingbird, was released on July 14, 2015, To Kill a Mockingbird was the only novel by Harper Lee that had been published. Although Lee had eschewed any personal attention for herself or the novel since 1964, she continued to respond to the influence of her work up to her passing in February 2016.

‘Shoot all the blue jays you want, if you can hit them. But remember it’s a sin to ‪‎kill a mockingbird‬’.  ~ Harper Lee