The Deerslayer on Posters and Canvas Prints.

Beautiful and stunning vintage book cover art that makes your wall speak up!

Finishing process of stretching the canvas around a wooden frame creates a striking three-dimensional piece of art, and no additional framing is necessary. 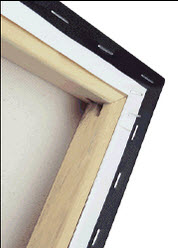 Printed on high-quality, professional canvas prints
Gallery wrapped over thick wooden stretcher bars
Canvas shipped ready to hang
Posters are shipped rolled in a tube
100% Made in the USA
Delivery time 3 to 5 business days
Shipping to USA only via UPS with Tracking Number

High quality vintage art reproduction – One of many rare and wonderful images brought forward in time.

Vintage book cover of the Deerslayer with illustrations by N.C. Wyeth.

The Deerslayer, or The First War-Path (1841) was James Fenimore Cooper’s last novel in his Leatherstocking Tales. Its 1740-1745 time period makes it the first installment chronologically and in the lifetime of the hero of the Leatherstocking tales, Natty Bumppo.

The novel’s setting on Otsego Lake in central, upstate New York, is the same as that of The Pioneers, the first of the Leatherstocking Tales to be published (1823).

he Deerslayer is considered to be the prequel to the rest of the series. Fenimore Cooper begins his work by relating the astonishing advance of civilization in New York State, which is the setting of four of his five Leatherstocking Tales.

1920: The Deerslayer and Chingachgook, a German film with Béla Lugosi as Chingachgook. This was the first part of the two-part Lederstrumpf silent film.

1994: Hawkeye (1994 TV series), starring Lee Horsley and Lynda Carter, the 8th episode Out Of The Past tells how Henry March came to kill Natty Bumppo after Judith’s death, fifteen years of the events of The Deerslayer.

A made-for-television film was released in 1978. The film was directed by Richard Friedenberg and starred Steve Forrest as Hawkeye.

There are no reviews yet.

Be the first to review “The Deerslayer Art Print” Cancel reply